Live stream Service - Sunday at 10:30! Connect with us online this Sunday. Watch Now
back 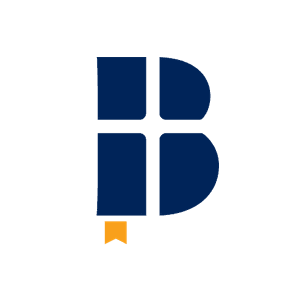 The Lord Our Banner

Be encouraged by Jehovah-Nissi! In a world of opinions, lift high the name of Christ.

The Lord Our Banner

The wilderness journey was a time of a great testing for God's people with great victories and crushing defeats. They passed over the dry ground of the Jordan river and saw the walls of Jericho come falling down. They also saw defeat and loss to lowly Ai due to their pride and self-reliance. Scripture teaches us in 1 Corinthians 10:6 that these Old Testament stories "were our examples" and there is truly much we can learn from them.

In the difficulty of battle God is often most present. Through the many tests that the Israelites face, God continued to show himself strong to His children. The victories and the defeats taught the Israelites lessons about who God is, and who He longs to be for His people. In the book of Exodus, we learn about God through the names of God, each one revealing a unique and powerful aspect of Our Father's nature.

In Exodus 17, God allows Amalek to come and to fight with Israel. Moses sends Joshua to "Choose us out men, and go out, fight with Amalek...." Moses went to the top of the hill with his staff and looked out over the battle below. As he raised his hands and held them up, Israel would prevail in the battle. When Moses' hands grew weary and fell Israel would begin to lose in the fight. Aaron and Hur jump to his aid, supporting and lifting up his hands ensuring the Israelites victory. In this, their very first battle, God was demonstrating that He had the power to overcome any enemies. It was clear to Moses and the Israelites that the battle was not won through their effort, or the supernatural arms of their leader. This victory was won through the power of God.

Following this great victory, Moses builds an altar and calls it Jehovah-Nissi, The Lord Our Banner. What can we learn from this name, Jehovah-Nissi? How can it better help us to know our God and live for him?

In battle, flags were often carried by troops and force as a visual picture of the country these soldiers represent. It was a way to show and signal pride in the republic for whom they fought. It was a statement to the enemy of what they were fighting for. The Israelites were God's chosen people and it was His name that they represented. Their battles were won by His power and they were led by His hand. 2 Corinthians 5:20 teaches us that, "we are ambassadors for Christ" and we too should live under this same banner. In the world we live in today there are many causes, or banners under which people live. Just look at someone's social media platform or spend a few minutes around them. It will become clear what they are living for and for what they are most passionate about. This past year has brought to light many divisive issues regarding COVID- 19, government response, vaccinations, etc. The world has taken to the platforms of the day to fly high the flag of opinion. To shout from the rooftops which side they fight for and try to rally the troops. Should this be the banner of a Christian? Of our church?

Opinions are not wrong, and many of these issues are ones that are and will be very impactful in the days to come. However, these things should not be our passion. These issues are not our cause. They are not the guiding force, the name for which we stand and represent. The Lord is our banner, and we are His people. Is your life wholly and primarily for his cause? What is the banner of your life and who do you represent?

A banner is such a powerful image because it is just that, an image. It is something you can look to in every situation. It is a visual reminder of the why. It has often been said that the Christian life is a marathon, not a sprint. In Olympic marathons the streets of the course are often lined with fans cheering on their country’s best runners. As the runner’s energy fades and the fatigue in their muscles build, they can look around to the many who are there to support them. In the moment when they most need it, there is a flag reminding them of the reason for their run. It is not just their name, or family legacy at stake. There is a country, a nation, a great purpose in their efforts.

The Lord our Banner is a reminder in the difficulty of battle we are fighting for the Lord. We all have days when we feel like giving up and throwing in the towel. The Christian life is a battle with a spiritual enemy. Ephesians 6:12 states, "For we wrestle not against flesh and blood, but against principalities, against powers, against the rulers of the darkness of this world, against spiritual wickedness in high places." Consistent and faithful wrestling against spiritual wickedness is a war that can be very tiring. Many soldiers have faltered and fallen in this fight.

In Exodus 17 the battle against the Amalekites takes place at Rephidim. It is interesting to note that the word Rephidim means rests or resting places. God allowed the Israelites to fight their first battle in the well-watered, shaded peninsula where they thought they would find rest from the wilderness. They had no strength to win the fight, let alone keep their hands in the air. Victory was and is today only possible through our Lord. Consider these word of Paul in Romans 8:37, "Nay, in all these things we are more than conquerors through him that loved us."

Have you been growing weary in the spiritual battle? Giving in to the testing and temptations of the world, the flesh and the pride of life? Look to the banner of the Lord and be reminded who you are fighting for.

In college I played on the basketball team. I remember my third year nearing the end of the season our Coach called a team meeting. Prior to practice the entire team met at centre court on our home floor. Coach directed our eyes to the rafters and pointed out something to us all, a banner. Championship banners that spoke to the victories of Eagles' that had gone before us. He challenged us to finish well so that we too could hang a banner at the end of the season. His challenge worked, and we did. That banner hangs in the gym today as a reminder of the battles we faced and the victory we experienced.

Exodus 17 teaches us that Moses built this altar named Jehovah-Nissi as a memorial. A visual picture to all that saw that God gave his people the victory. That for generations to come, the Israelites could teach their children that God was able to overcome the greatest of enemies. They had seen Him move in great ways and He could do it again.

If you have been watching the news at all this year you have heard the phrase, unprecedented times. We are living in them and facing them, and it is all anyone can talk about. This may be true however, our God is Jehovah-Nissi our banner. This battle may be new to us, but it is not new to Him. He is the same God who has given victory to his people for generations and generations. He is "the same yesterday, and today, and for ever." and is "able to do exceeding abundantly above all that we ask or think, according to the power that worketh in us..."

My encouragement to you today is the same I received as a college kid wanting to win a regional title; look to the banner. Remind yourself of the goodness and faithfulness of God. God is not just a God of days gone by, but as the psalmist wrote in Psalm 46:1, " God is our refuge and strength, a very present help in trouble."

There is so much that can be learned from a name. Many of these Old Testament names reveal aspects and characteristics of God which can be so beneficial in our daily walk. Today, be encouraged by Jehovah-Nissi, the Lord our Banner. In a world of opinions lift high the name of Christ and champion His cause. In the moment of discouragement look to God and remember why you serve Him. In the battles of today, look at God’s faithfulness in the past. Remember He can and will do it again!